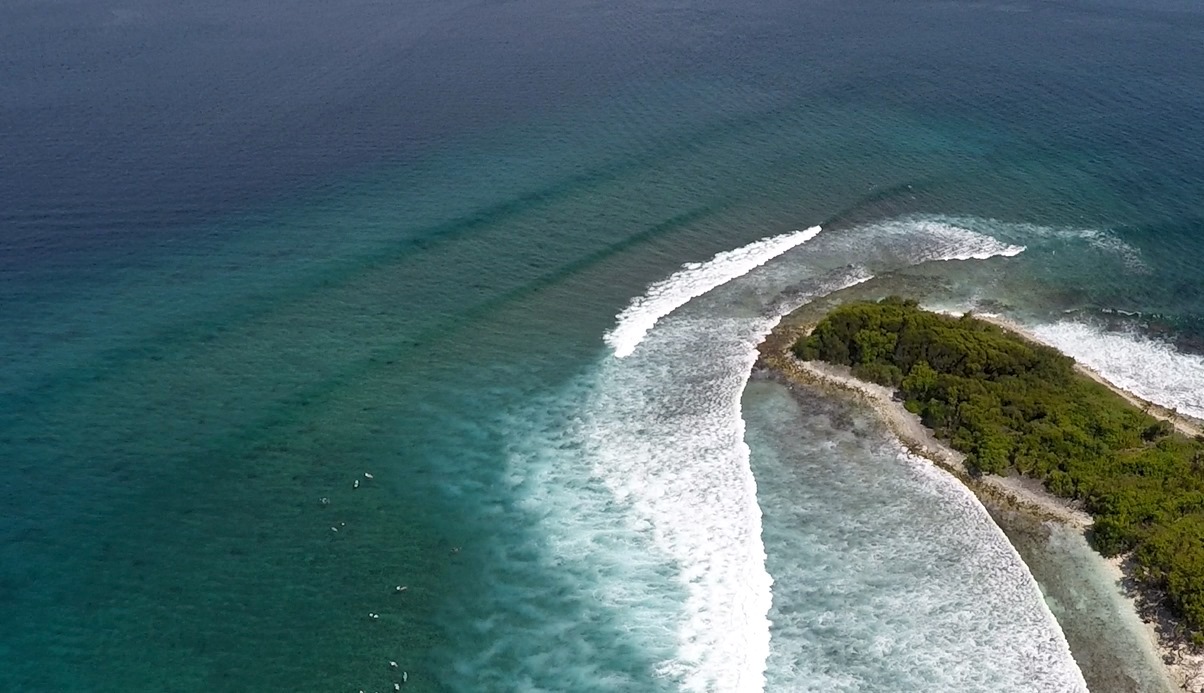 Tony Hinde, named the father of surfing in Maldives, pioneered most of the best breaks in the Maldives.

He went on to set up the first private surf resort in the area at his beloved Pasta Point. Hudhuranfushi and Kandooma resorts later followed in Hinde’s footsteps, and claimed exclusive rights to the waves on their own ‘home reefs.’ This left only four of North Male Attol’s seven world class breaks open to all surfers – tourists and locals alike.

The Maldives surf has been one of the longest kept secrets, because Australian Tony Hinde managed to keep it quiet among his close friends between 1974 and 1988. He shipwrecked in the North Male Atolls and then discovered how good the surf is around Maldives. He became muslim and married to become a Maldivian citizen. He passed away in 2008, while surfing Pasta Point, his home spot.

These days, the 4 passes gathering the bulk of the swell are often crowded with all types and abilities of recreational surfers, from the resorts, guest-houses or charter boats, but the vibe is always laid-back and friendly.